skip to main | skip to sidebar

SCIENTOLOGY SEEKS BAN ON HIV+ GAY PROTESTERS AT GOLD BASE

I posted this over at Damian DeWitt's For Great Justice site. Blogger has apparently deleted it. We are working on contacting blogger. In the meanwhile, I am reposting it here.

Since the old digg link now no longer works I would appreciate readers digging this article for great justice.

I have also added a link to an excellent map of Gold Base which Angry Gay Pope calls "the Xanadu of Xenuphobia." It is important to note that Muriel Dufresne who figures so prominently in these events is not just a Public Relations Officer at Gold Base but also a member of the Office of Special Affairs (OSA), organized Scientology's intelligence and spai agency. Deep down,OSA agents are nice people, srsly.

By delicious irony on January 15 last year when brass balls Nick Denton at Gawker refused to take down the infamous Tom Cruise rant video and the brass balls unrelenting anons of /b/ on 4chan went to war with organized Scientology, Ms. Dufresne had something to say:

Muriel Dufresne, another spokeswoman for Golden Era, said she has not been too bothered by Scientology's critics.

"There is such a thing as freedom of speech," Dufresne said. "People can say what they want. But they need to get their facts straight.

Ida Camburn, 86, protesting at Gold Base. She took Graham Berry out to dinner after the stat-crashing January 8, 2008 raid. She has not seen her son for 36 years. The Church forced him to disconnect from her. See YouTube: The Lighthouse Letter -- Operation Reconnect - Why We Fight III from the excellent LRonHu88ard.

Originally posted on Monday, January 12, on For Great Justice:

The Church of Scientology has deceptively obtained the private medical records of two gay protestors, and raised their HIV+ status as one of many attempts to block protesting by the free speech and human rights protest group Anonymous at at its sprawling 500 acre Gold Base world headquarters at Gilman Hot Springs near Hemet, California.

The Riverside Country Board of Supervisors meets tomorrow, January 13, to consider the Church's urgent request to revise yet again an ordinance just approved last week.

Last Tuesday, January 6, the Riverside Country Board of Supervisors approved a revised protesting ordinance Scientology had hoped would effectively prevent Anonymous from protesting. However, the revision preserved Anonymous' right to protest in its usual position across from the main gate. Controversy is on going about interpretation of some ordinance provisions. and a six month review is specified.

The first protest under the new ordinance was called for Thursday, January 8. It was attended by LA Times reporter David Kelly and just three protesters from Anonymous, all of whom happen to be gay: Scientology lawfare veteran and attorney Graham Berry, Scientology critic and comedian Angry Gay Pope (AGP), and former Scientology staff member Happy Smurf.

Kelly was astonished that no sooner had the group gathered than five police cruisers descended. Some of the 500 Gold Base staff members had called 911 to complain that their security was being threatened by the three gay protesters. In his important account Graham Berry writes:

Outside Scientology's sailing ship perpetually moored in the desert sands, cackled a parrot. I thought to myself, if that parrot starts imitating AGP and squawking, "Tax the cult," it would very soon be a dead parrot. It quickly became evident to me that the entire Gold Base was on lock down. All of the blinds and shutters were drawn. The only people visible were the silhouettes of the two security officers in the guard house and the public relations in-charge, Muriel Dufresne, the woman who had become so well acquainted with Riverside County Supervisor Jeff Stone and his family. I have been told that Muriel Dufresne has had store accounts for purchasing gifts for public officials that Gold Base needs to co-opt and corrupt. Apparently, Muriel has also been observed surreptitiously recording Hemet City Council meetings. Additionally, she has sat on the Hemet library committee (as a sort of de facto Scientology censor).

Muriel Dufresne was literally running back and forth between a nearby building and the guardhouse. Meanwhile two more people arrived to observe us. One was a reporter and the other a photographer from the Los Angeles Times. The reporter had been at the Riverside County Board of Supervisors meeting on January 6, 2009. His report would appear in the LA Times.com blogs section on Friday January 9, 2009.

At about 1:45 P.M., five Riverside County Sheriff's vehicles responded to multiple calls from Scientology to deal with two picketers and a photographer. The Sergeant in charge was polite and adamant that they were not looking to interfere with our First Amendment rights. However, for most of the next hour all five Sheriff's deputies were huddled inside the Scientology compound with Muriel and her assistant. We were excluded and just kept going on about our picketing. From time to time, various deputies would come out and engage us. First, they demanded and then took all of our driver's licenses, recording the details for a cult anxious to obtain all such information for its own highly questionable purposes. Although this is unlawful, it is constantly done by Los Angeles and Riverside Police when called to pickets outside Scientology locations. It was the first time in twenty years of journalism that the Los Angeles Times reporter had been asked for identification by the police.

At one point, the Sheriff's Deputies emerged and their Sergeant informed us that Scientology and the Riverside County's Legal Counsel had worked out an interpretation of Ordinances 884 and 888. Provided we did not use the name of any living Scientologist specifically, and only protested Scientology generally, we could protest up and down both sides of Highway 79. And so, AGP and I continued to do that while Scientology's representatives, the five Sheriff's deputies and the Los Angeles Times reporter went inside the Scientology compound.

And now comes the shocking revelation of the protesters' HIV status:

Later, we would learn that Scientologist Muriel Dufresne then provided the Sheriff's deputies with Scientology "Dead Agent" packs on the "crimes," as alleged and manufactured by Scientology, of AGP, Happy Smurf and I. Outrageously, Scientology had obtained and distributed personal medical information from the private health records of AGP and Happy Smurf. Deceptively, they also used the recanted Cipriano declaration to try and discredit and slime me. Apparently, Muriel Dufresne had gloated over their success in having me declared a vexatious litigant. However, that provides some of the factual basis for my picket sign and statement, "$cientology: Cult of Blackmail, Bribery and Fraud. www.xenu.net." Of course, the Riverside Sheriff's Deputies do not know that this is part of Scientology's "Fair Game" policies for the "handling of Suppressive Persons." They have not seen the Scientology scripture that reads, "The only way to control someone is to lie to them."

Happy Smurf and AGP have confirmed they are both HIV+.

This is an utterly outrageous turn in a struggle for peaceful first amendment protest against the unscrupulous power of organized Scientology so aptly described by Time as "The thriving cult of greed and power." Hubbard's Scientology doctrines are homophobic, and it claims its reparative therapy will cure homosexuality. The Church of Scientology San Diego supported anti-gay marriage Proposition 8 in November.

The gay community, undoubtedly, will be livid over all of this.

Constitutional free speech and church-state religious issues have caught the attention of the respected UCLA professor Eugene Volokh of the Volokh Conspiracy and Scientology critic and attorney Scott Pilutik.

The issues are serious and have been heightened by the filing last week of Marc Headley vs Church of Scientology International. Headley was Executive Producer of Golden Era Studios which produces Scientology promotional materials working at Gold from 1990 - 2005. He is directly challenging Scientology's claim that Sea Org staff are members of a religious order and therefore do not need to be paid a minimum wage. He is claiming compensation under California Labor law for the meager 39 cents an hour wages he was paid. The suit is potentially devastating to Scientology and may become important in the interpretation of constitutional law.

Angry Gay Pope's website: There is lots of info here

Why We Protest thread disussion of HIPPA and other issues: Breaking: Scientology international headquarters seeks ban on HIV+ gay protesters

Excellent map of teh Xanadu of Xenuphobia

Update: First version of this article now on Indybay Media. 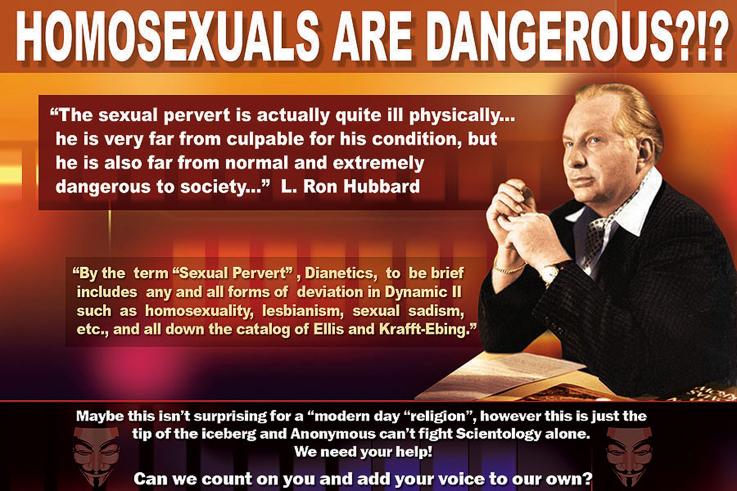 Posted by Athanasius Kircher at 7:48 AM 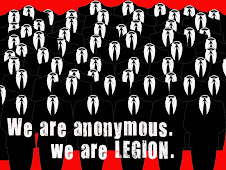